The Giancarlo and Danna Olgiati Collection comprises an important Futurist archive, constituted by one of the most complete bibliographical collections dedicated to the movement, an extensive press review and various other kinds of documents. Alongside an extraordinary core of paintings, sculptures and drawings, the history of Italian Futurism – one of key movements on which the Collection is based – is thus documented on paper in a myriad of books, exhibition catalogues, manifestos, newspapers, magazines, posters, postcards, and autograph writings. Over a thousand titles span a period stretching from the beginnings of the movement to the “second Futurism” of the 1930s. The archive features numerous first editions and original manifestos, as well the leading national newspapers, single issues and monographs, and even famous object-books, such as Depero futurista (1927) by Fortunato Depero, also known as the “bolted book”, and those printed by the “Lito-Latta” machine shop in Zinola, such as L’anguria lirica. Lungo poema passionale by Tullio d’Albisola (1934), which completed the typographical revolution set in motion by Marinetti with his “words in freedom”. 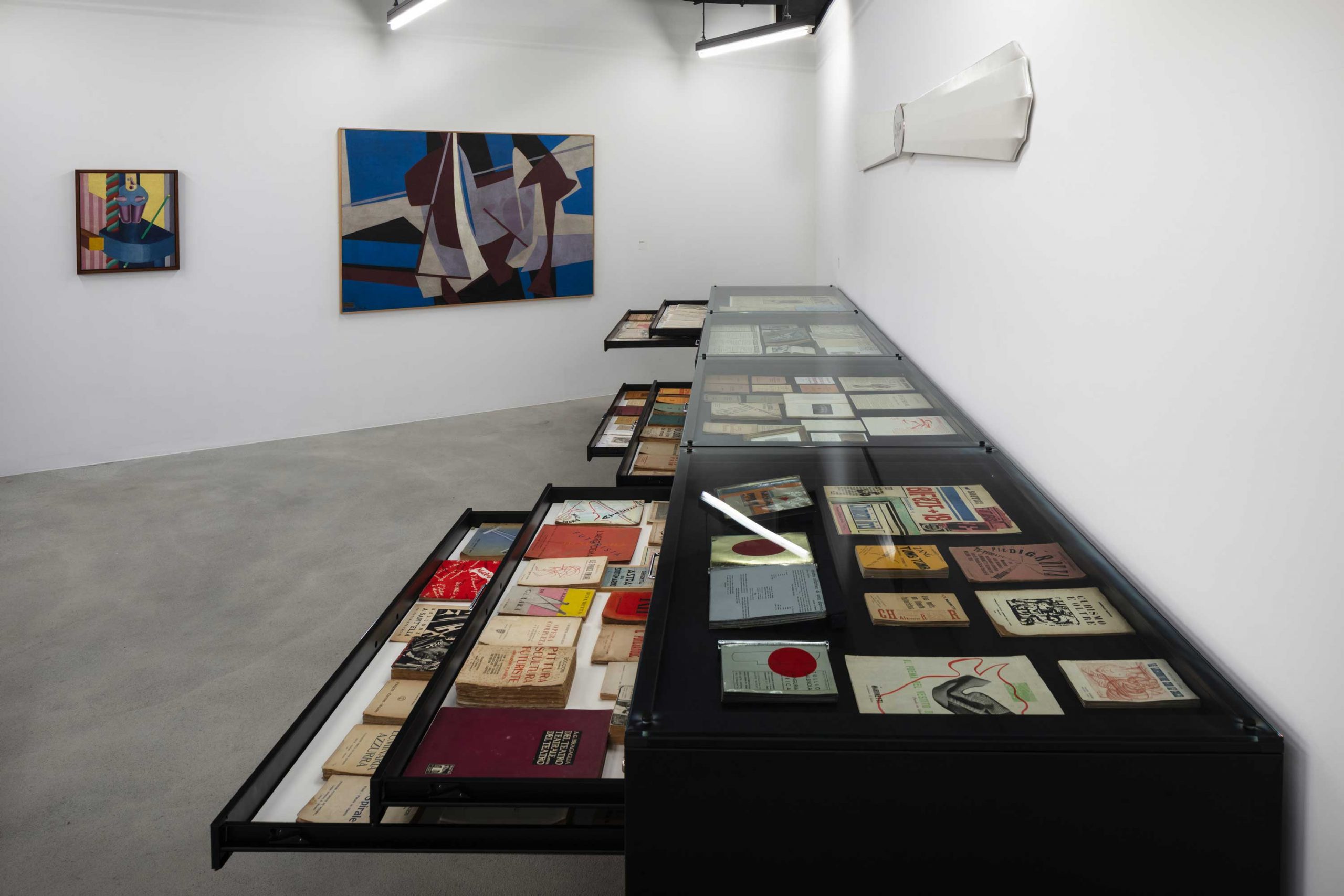