The Giancarlo and Danna Olgiati Collection was born out of the couple’s passion for modern and contemporary art, and particularly for Italian and abstract art.

In the mid-1950s, the young Giancarlo developed a keen interest in the German Expressionists after talking to a Swiss Expressionist artist who frequented his home. A few years later, in Düsseldorf, where he moved after finishing university, he had the chance to see the most important artworks displayed in the leading German museums, and became familiar with the pioneering new work that was emerging on the art scene. At the Schmela Gallery, he met Yves Klein and Arman, exponents of Nouveau Réalisme, which would become one of the key movements underpinning the Collection. Arman, who became a life-long friend, declared that he was indebted to the work of Giacomo Balla after having created some of his famous works (e.g. Allures d’objets and Tampons). Giancarlo not only decided to buy these works, but also felt the need to learn more about the extraordinary 20th-century avant-garde movement known as Futurism.

In the mid-1980s, he met his future wife Danna at an international art salon in Venice. At the time she was the owner of the Fonte d’Abisso gallery, known for its work focusing on the historical avant-gardes, including Futurism, and particularly Balla’s work.

The Collection was born out of their empathic union. During the first few years of their marriage Danna played a crucial role in the acquisition of Futurist, Dadaist and Russian avant-garde works, as well as in creating the Futurist library, which now comprises over 1,250 titles. Many years later Ilya and Emilia Kabakov designed an exhibition on the theme of utopia at the Lugano venue, which offered an original intellectual dialogue with a selection of those works.

Giancarlo and Danna realized that, in order to be present on the Swiss art scene, their Collection needed to be centred on art from Italy and south of the Alps. It was the only way they could set it apart from the other Swiss collections that they had seen in Paris in the late 1960s and more recently in New York. Their attention to the post-war period proved crucial in this respect, with a collection of works by Italian masters including Alberto Burri, Enrico Castellani, Lucio Fontana and Piero Manzoni among others. Arte Povera constitutes a chapter unto itself, recounted through its leading artists, represented in the Collection by some of their most significant works.

During the 1990s, as Giancarlo and Danna continued to collect Italian art, they also turned their attention to internationally renowned European artists, such as Anselm Kiefer, Antony Gormley, Anish Kapoor and, around the turn of the millennium, also American neo-abstractionist and neo-pop artists who dominated the artistic scene, including Christopher Wool, Wade Guyton, Mark Grotjahn and Danh Vō.

We could say that the abstractionist element and reflection on the object have created continuity in the collectors’ quest, a sort of guiding thread that is evident in all their choices spanning over a century of art history.

In 2012, Giancarlo and Danna decided to open a large part of their Collection to the public, granting it in trust to the city of Lugano according the “Schaulager” model of storage on display. This important goal was achieved through an agreement with the collectors, MASI and its Foundation.
Each year the Giancarlo and Danna Olgiati Collection designs and stages ambitious exhibitions, funded partly by generous private sponsors. 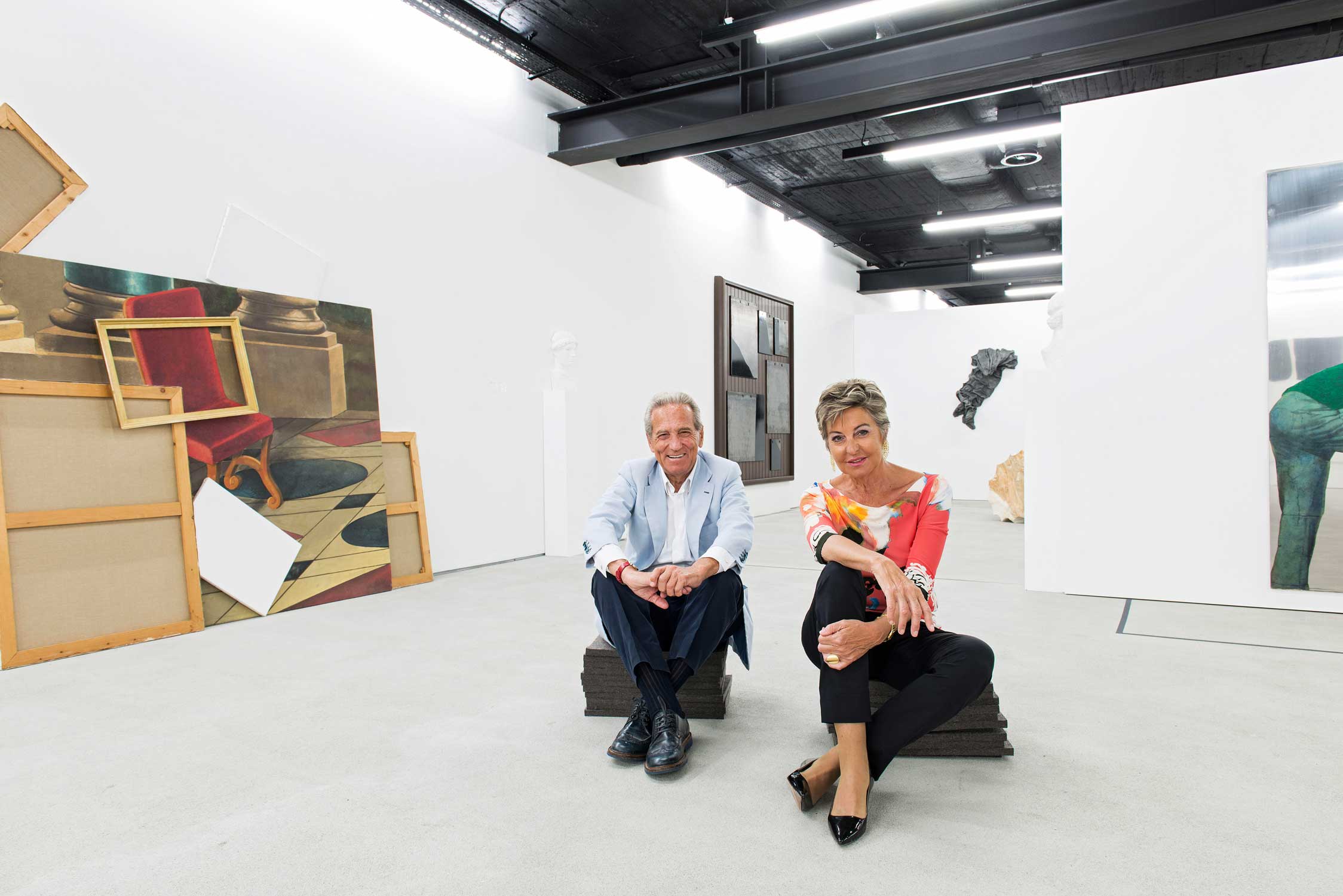 contemporary art from 1980 up to the present